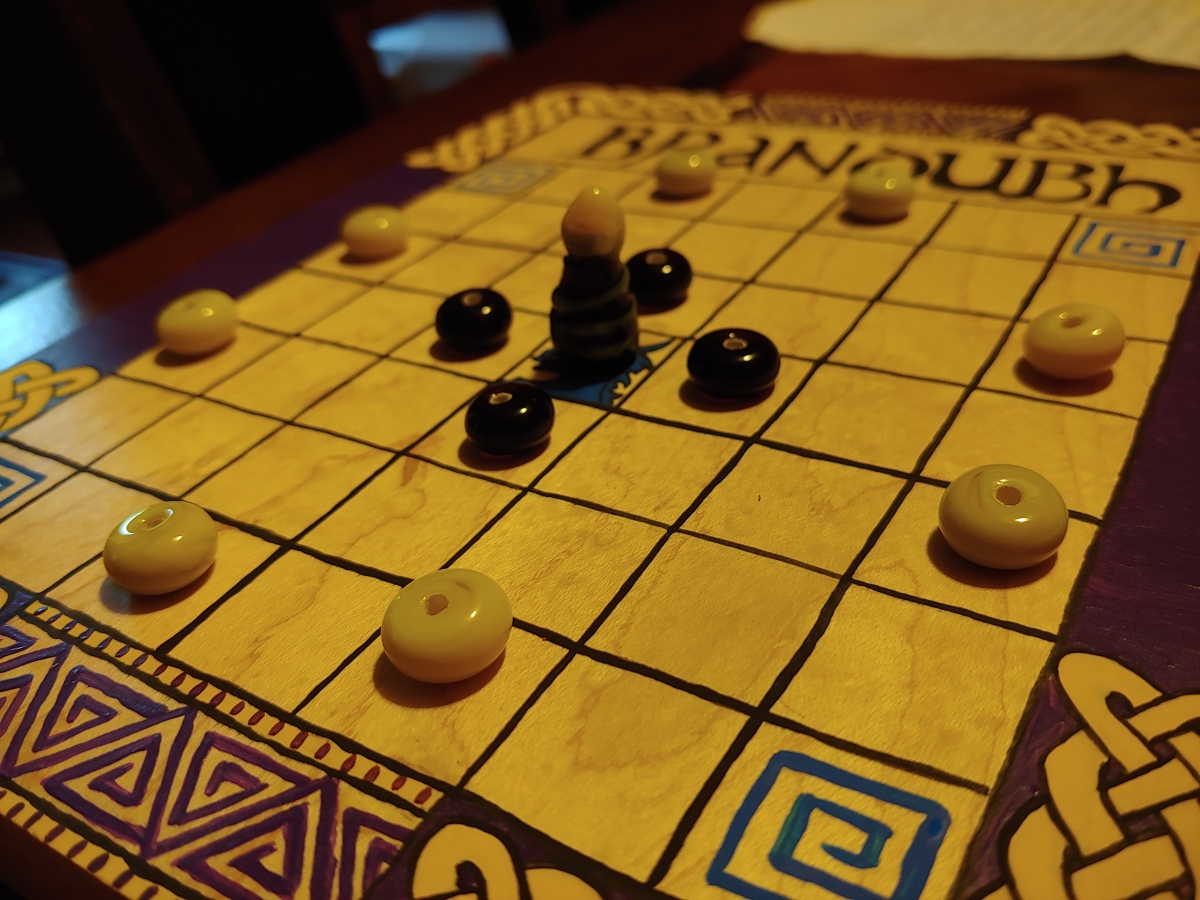 I had the honor of using my art to sponsor one of my fighter friends in a tournament. He publicly asked for help and I messaged him a few days later asking if he had any offers yet. He hadn’t so I volunteered.

The tournament rules were that if you were a fighter, you either had to commission a piece of art or create a piece of art yourself that would then go into the prize pool. I had never participated in this tournament before because it’s quite far from me, and I also didn’t have a great concept of what art is acceptable but I tried anyway. I knew my friend was into board games and I had created my Hnefatafl board in the past so I thought that might be a good jumping point.

Since I’m not actually insane, I decided I wouldn’t do the 11×11 board which has 37 glass pieces which is… a lot. I knew that there were other size boards so that’s where I went looking. I ended up finding an Irish version of the game called Brandubh that used a 7×7 board and only 13 glass pieces. Which seemed perfect for this project.

I had fun creating this but, I really struggled with authenticity. There is this push and pull between creative fun and accurate fun. The original board that I used for inspiration was carved wood with spots for pegs. I think I have an idea for making pegs in the future but I didn’t have the time to try that for this project.

Instead of really diving into learning how-to intricately carve wood and make pegged pieces (with more research to figure out what material these may have been made,) I focused on best guesses, aesthetic, and durability — this is meant to be played after all. But, part of me felt like I would be scrutinized for using modern methods and materials even though I know this is not an A&S competition and I volunteered to do this for fun and for the love of my friend. Even with that in my brain, part of me still felt like I was failing. But in the end, I did it the way I planned and I am happy with how it turned out. Part of this journey, I think, is having the right standards for each project on a case-by-case basis.

Progress picture of the board and some pieces 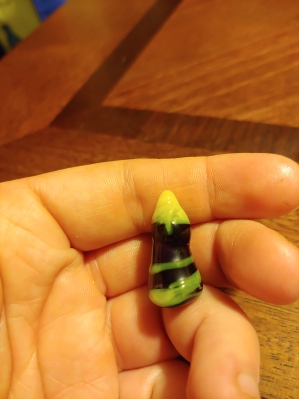 So, I ended up painting the board with acrylics. I used designs that I found on extant boards but I also took some artistic liberties, including a blue tyger face right in the center of the board. I made glass bead pieces because I knew that they were used in other Tafl boards so it was at least plausible. I wanted this board to be East Kingdom themed so I used lots of purples and yellows which may not be the most historically accurate but it did look pretty sexy, in my opinion. Then I sprayed the board with a sealant to ensure that this would last. That may be the most extra modern thing I did but it would be unfortunate if all the paint chipped.

This project really challenged me in a different way. Part of me always wants to do something as accurate as possible but there is a time and place for everything. My sponsored fighter told me he loved the game and was very happy to be entering it into the tournament and he also told me that it was one of the first prizes to go at the end. In this case, what matters is that everyone is happy with the results and I think in that way, I can call this a success!